Chuxi Guo ’18 has a singular quest as an artist: to get political. Raised in strict mainland China – and educated in its equally traditional art schools – Guo’s early education offered few chances to critique the world around him. His move to the U.S. to attend graduate school gave him an opportunity, however. “When I was there, I knew I wouldn’t have a chance to show if I did political art,” he explained. “But here, everybody’s supportive. I feel free.” 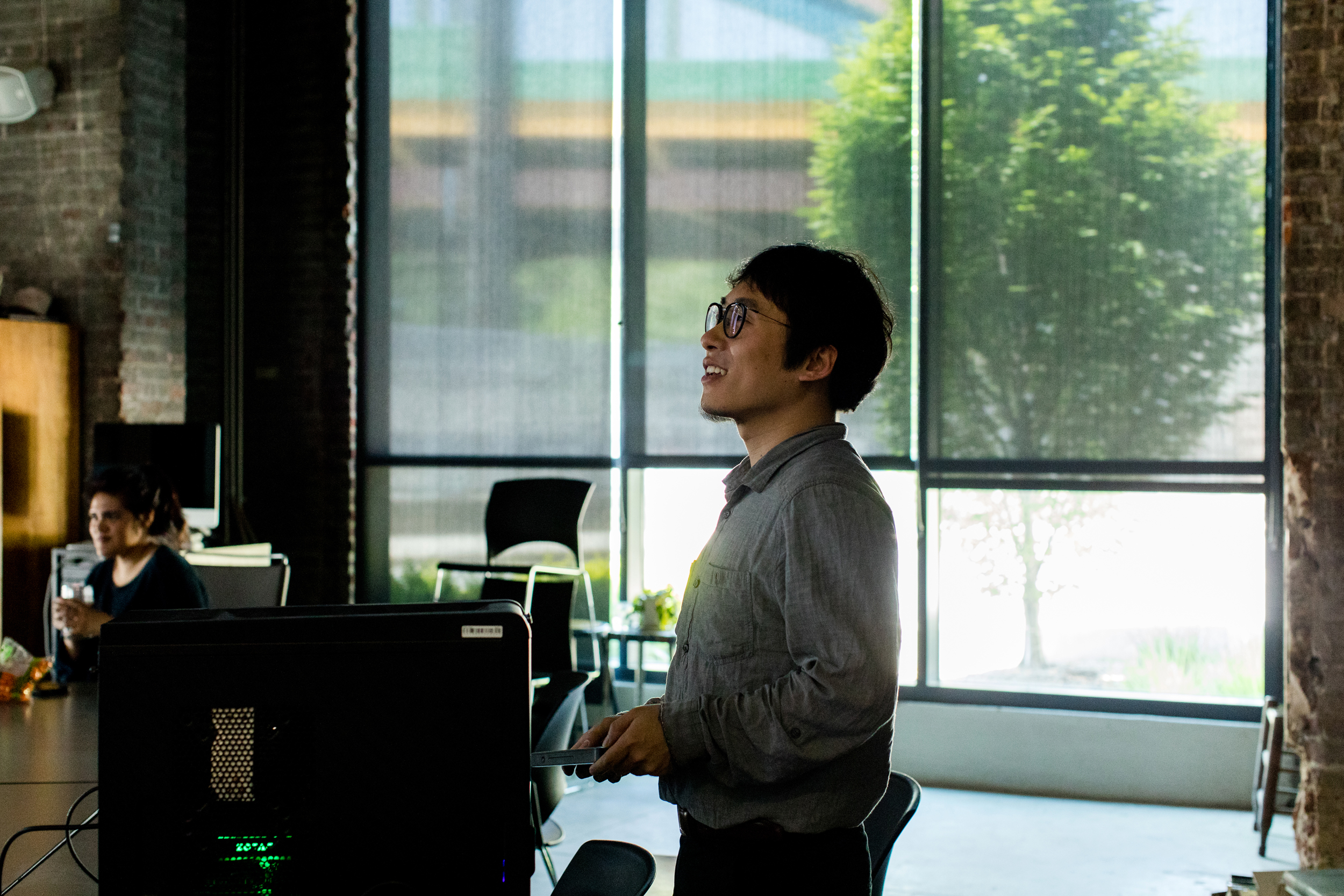 That freedom includes form as well as content. In his recent work, Beijing, China, for example, a Google Map of Beijing appears in the window of a door, an aerial view that is interrupted by loud knocking when the viewer gets too close. Meanwhile, The Great Wall, seen through an iPad, turns the world into a brick wall lined with security cameras, throwing China’s Internet policies into digital relief. Using motion detection and video to augment the reality of gallery spaces, the work he has made in the U.S. presents a blend of the literal and metaphorical.

Subject matter aside, Guo chafes at the notion that he is radical. Rather, he points to his thesis, President Xi Reads the Chinese Dictionary, to illustrate his approach. The work, a meditation on government control, puts the entire Chinese language in the mouth of Xi Jinpeng using footage of a speech where he declared himself General Secretary for life. “My intention is simply to raise awareness of this political situation,” he said. “I’m not angry. I just want people to think independently.” 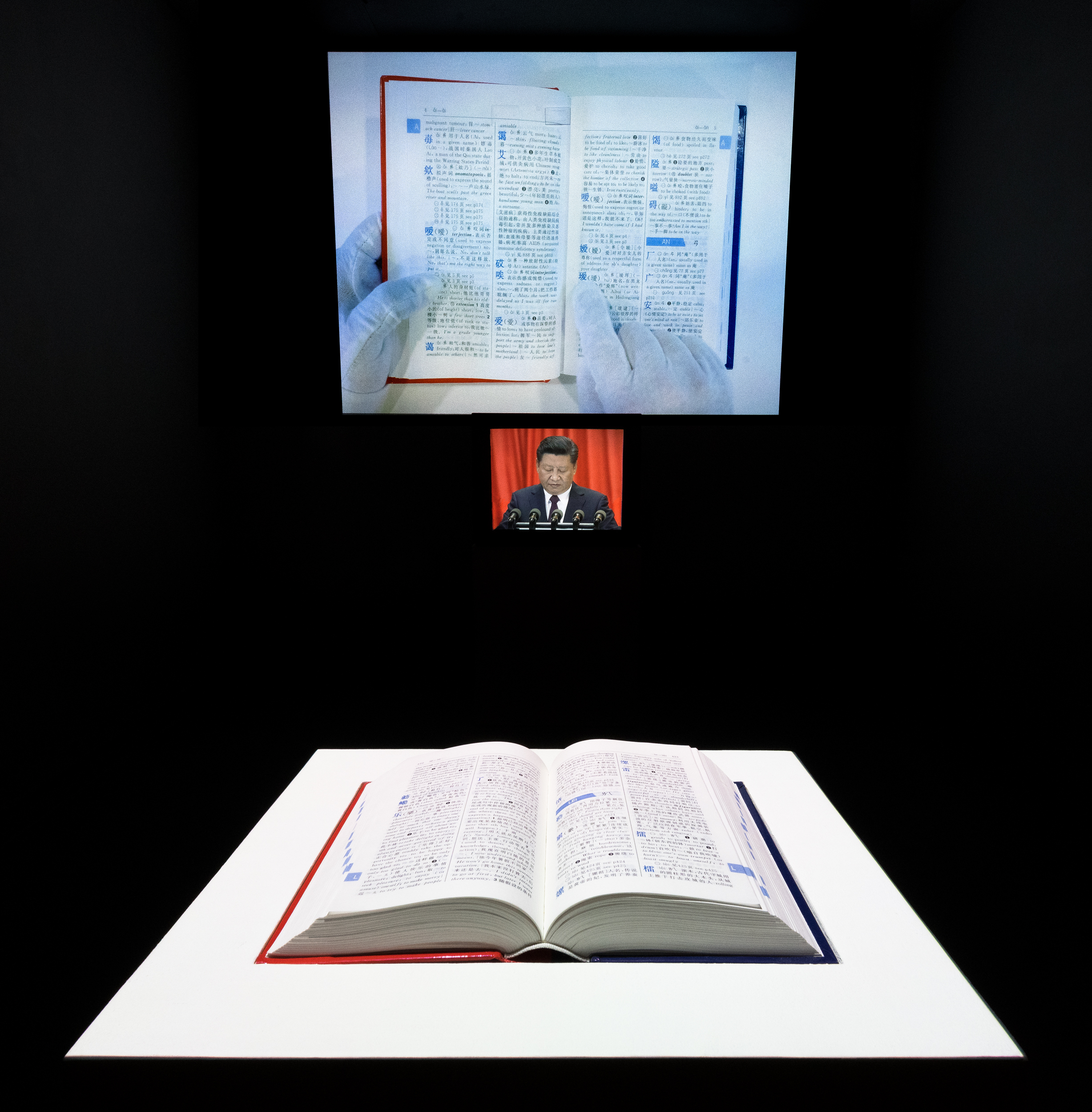