When Jenny Ferretti ’07 (Painting BFA) became the digital initiatives librarian for MICA’s Decker Library in 2015, print documentation of graduate theses was the norm. But, as she quickly discovered, many of MICA’s bleeding edge degrees produced very nontraditional work—work that demanded a process that could handle more than ink, paper, and text.

Faced with an outmoded system when it came to new ways of creating, Ferretti made do: she allowed for students to submit thesis docs online and created “hacks” to deal with digital work. “Born-digital art can be complex,” she explained. “We want to make sure we take care of everybody.”

For most colleges, digitizing graduate these is a straightforward process. Most degree programs, from the sciences to the humanities, tend to traffic in essays, reports, and chapters, and the process of “going digital” may be as simple as providing a supplemental PDF.

But MICA isn’t just any college.

It’s an art school, and art theses can be kind of tricky. As Ferretti noted, “PDFs don’t always work for MICA students.”

When the library’s director, Heather Slania, slid a call to apply for the National Digital Stewardship Residency for Art Information (NDSR) across her desk, Ferretti saw an opportunity to do something more ambitious.

The NDSR, administered by the Philadelphia Museum of Art and the Art Libraries Society of North America, builds on a model established by the Library of Congress in 2013 and provides funds to a small group of institutions to hire a resident digital archivist. Serendipitously, the grant’s 2018-2019 call focused squarely on art institutions. “It just made sense for us to go for this,” Ferretti said.

Both Slania and Ferretti took open access as a guiding principal for their proposal. And rather than simply trying to improve the process at MICA, they pitched the idea of creating a whole structure for digital preservation—one that would include a step-by-step manual for standards, style, and scalability. Well-versed in the needs of smaller institutions, Slania viewed the project as a good-faith contribution to fellow libraries and universities.

“You can create something for yourself, but this is a problem everywhere that has nontraditional thesis work,” she stressed. “You can also create an open document that details what this would look like, meaning others won’t have to start from scratch.” 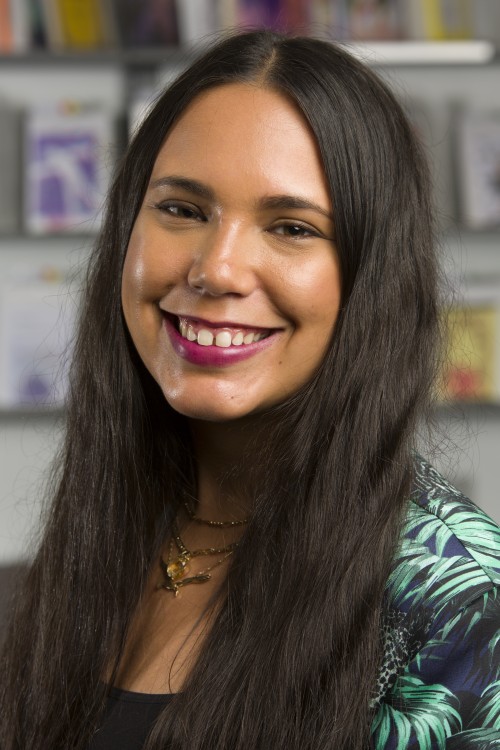 They won the grant—a great “first step,” Slania said. But the librarians’ true kismet came in the form of an ideal resident, Cristina Fontánez Rodríguez. A CUNY-Queens College MLS graduate with a similar yen for open access, Rodríguez immediately understood the import and possibilities of Decker’s NDSR proposal.

“They were my first choice,” Rodríguez said. “I’m from an island, Puerto Rico, so I’m very focused on access. Not everybody has the ability to travel from state to state or repository to repository, or to feel welcome in those spaces. Digital archivism is a means to that end.”

Rodríguez also appreciated the project’s broad-yet-limited scope. She points to the pragmatism of Decker’s plan.

“NDSR projects often don’t get finished because they’re so complex. But Heather and Jenny were just aiming to propose something, not implement it. I found that very realistic: there is a tangible outcome, but implementation comes later,” she noted.

Rodríguez added the path to that outcome has provided a welcome dig into the far corners of her field. As a resident, she has done an “environmental scan” of other libraries, a survey of relevant literature in the field, collaborations with the heads of MICA’s many graduate schools, and stints at conferences. The work, she said, has helped expand her breadth of knowledge—and community, as well.

“In the digital archives world, everything is new and everything is changing,” she explained. “Balancing it all is a lot. But you can’t just be an island.”

In that spirit, much of Rodríguez’s work has already been released under a Creative Commons license, including white papers and, on the web, an expansive digital archivism tutorial with file standards, definitions, and more. But, much like the theses that drive her residency, Rodríguez’s commitment to open access isn’t limited to text. As one of four NDSR residents across the country—the others were at the Art Institute of Chicago, New York’s Guggenheim Museum, and Brooklyn’s Small Date Industries—she also hosted a symposium at MICA.

“The main idea was to showcase what [this year’s] NDSR residents did,” Rodríguez said. But adding that she had grander aims for the gathering, she continued, “Archivists can be insular. So I wanted to include archivists and librarians and data archivists, digital librarians, content creators—anyone who works with digital media.”

According to Slania, the symposium’s very existence reflects what the NDSR residency was meant to achieve. “I don’t think the library exists just in our physical space,” she says. “It exists online and through the things we produce. Our ideals are being inclusive and investigative, and the symposium hit those marks.”