MICA’s Voter Access Initiative organized a project about voter disenfranchisement for the 2020 United States presidential election. Our school campus is located in the United States, but many of our community members cannot vote in the next U.S. election. Everyone's opinions on this country are important, and we wanted to know what issues matter to those that couldn't vote in this upcoming election. We shared a survey with disenfranchised voters at MICA and created an infographic with their responses. 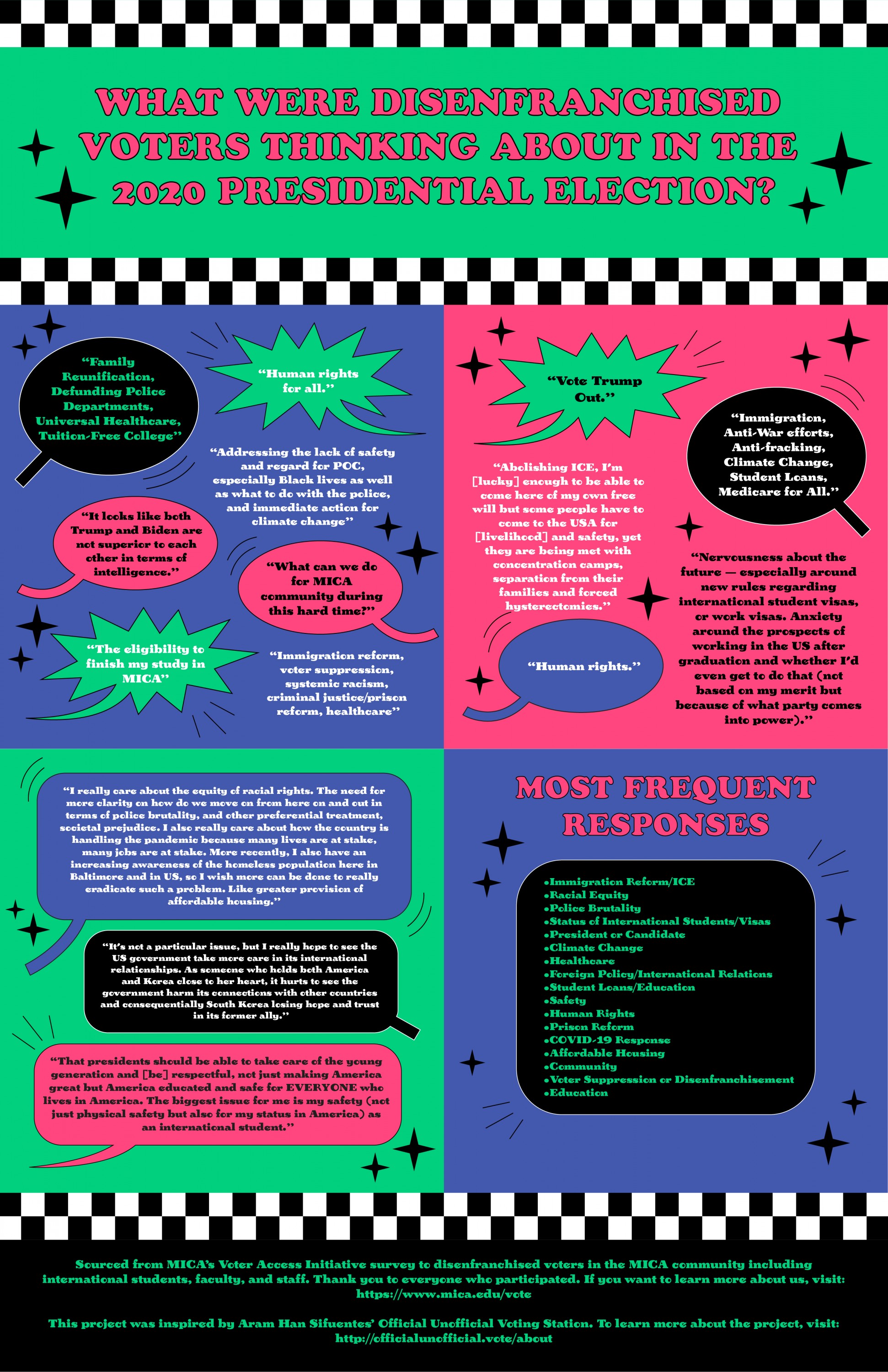 This project is inspired by Aram Han Sifuentes’ Official Unofficial Voting Station. Sifuentes is an artist who creates socially engaged art focusing on immigrants and disenfranchised voters. She began the Official Unofficial Voting Station project in 2016 as a form of protest and a way to symbolically vote as a non-citizen immigrant. We activated one of her voting stations at Hot Sauce Collective’s Artober fest on October 31, 2020 and sponsored a kit for Soccer Without Borders Maryland (view pictures below).