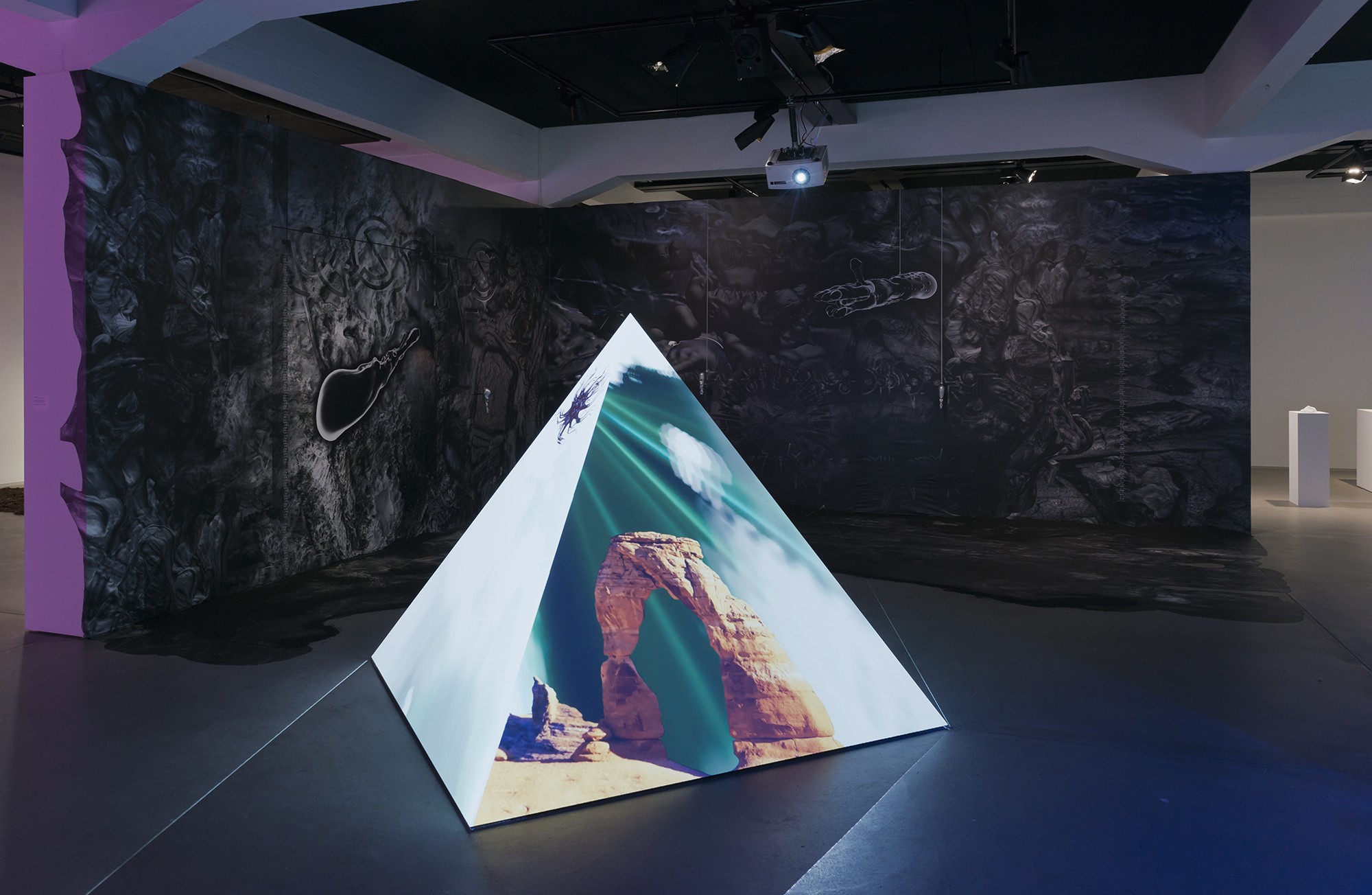 Tabita Rezaire is infinity incarnated into an agent of healing, who uses art as a means to unfold the soul. Her cross-dimensional practices envision network sciences - organic, electronic and spiritual - as healing technologies to serve the shift towards heart consciousness. Navigating digital, corporeal and ancestral memory as sites of struggles, she digs into scientific imaginaries to tackle the pervasive matrix of coloniality and the protocols of energetic misalignments that affect the songs of our body-mind-spirits. Inspired by quantum and cosmic mechanics, Tabita’s work is rooted in time-spaces where technology and spirituality intersect as fertile ground to nourish visions of connection and emancipation. Through screen interfaces and collective offerings, she reminds us to access our inner data centers and bypass western authority to download directly from soul. Tabita is based in Cayenne, French Guyana. She has a Bachelor in Economics (Fr) and a Master of Research in Artist Moving Image from Central Saint Martins (Uk). Tabita is a founding member of the artist group NTU, half of the duo Malaxa, and the mother of the energy house SENEB. Tabita has shown her work internationally – Serpentine London; MoMa NY; New Museum NY; Gropius Bau Berlin; MMOMA Moscow, Museum of Contemporary Art Chicago; HEK Basel; ICA London; V&A London; National Gallery Denmark; The Broad LA; MoCADA NY; Tate Modern London; Museum of Modern Art Paris – and contributed to several Biennales such as the Guangzhou Triennial, Athens Biennale, Kochi Biennale in 2018, Performa and Karachi Biennale in 2017 and Berlin Biennale in 2016. 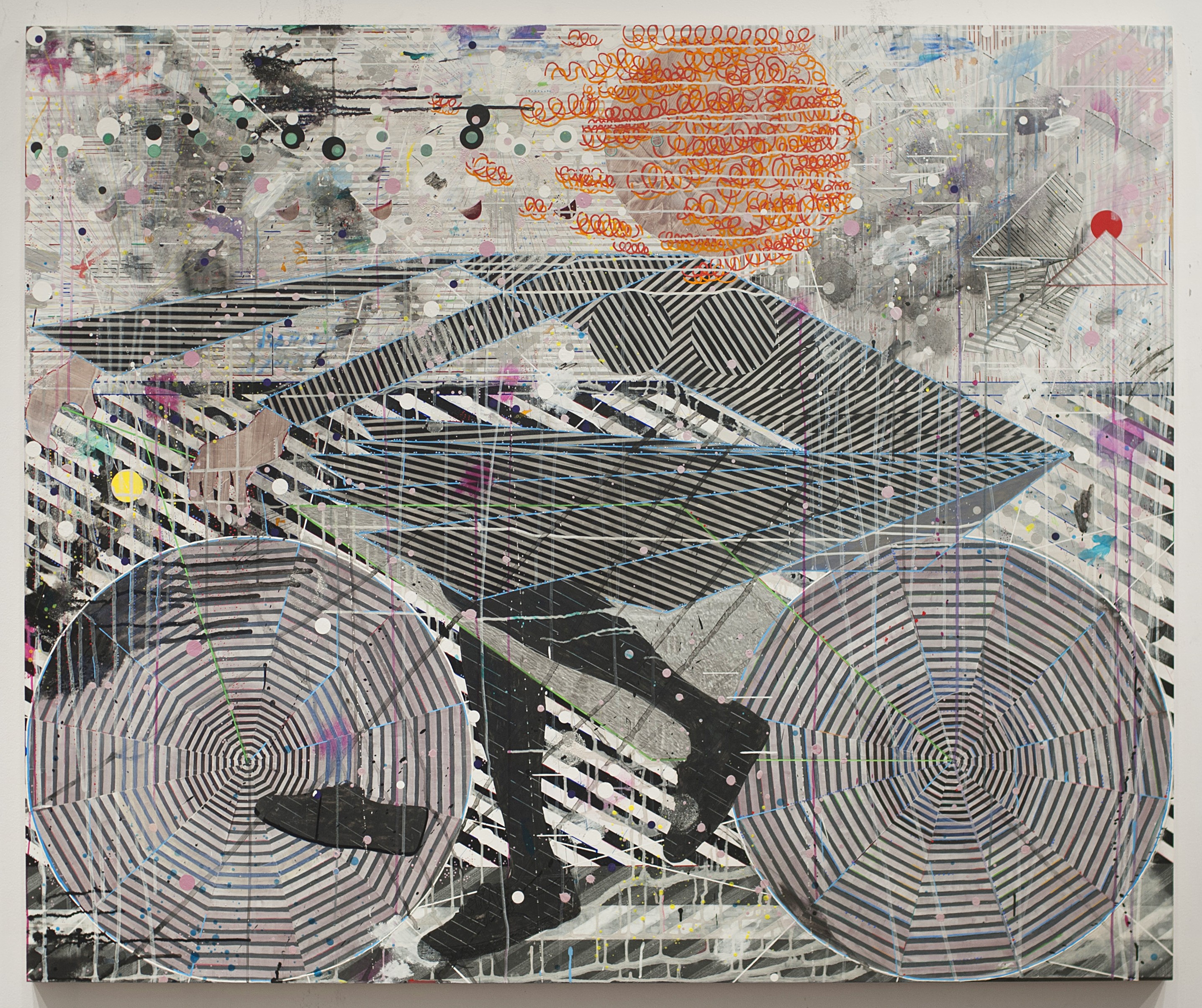 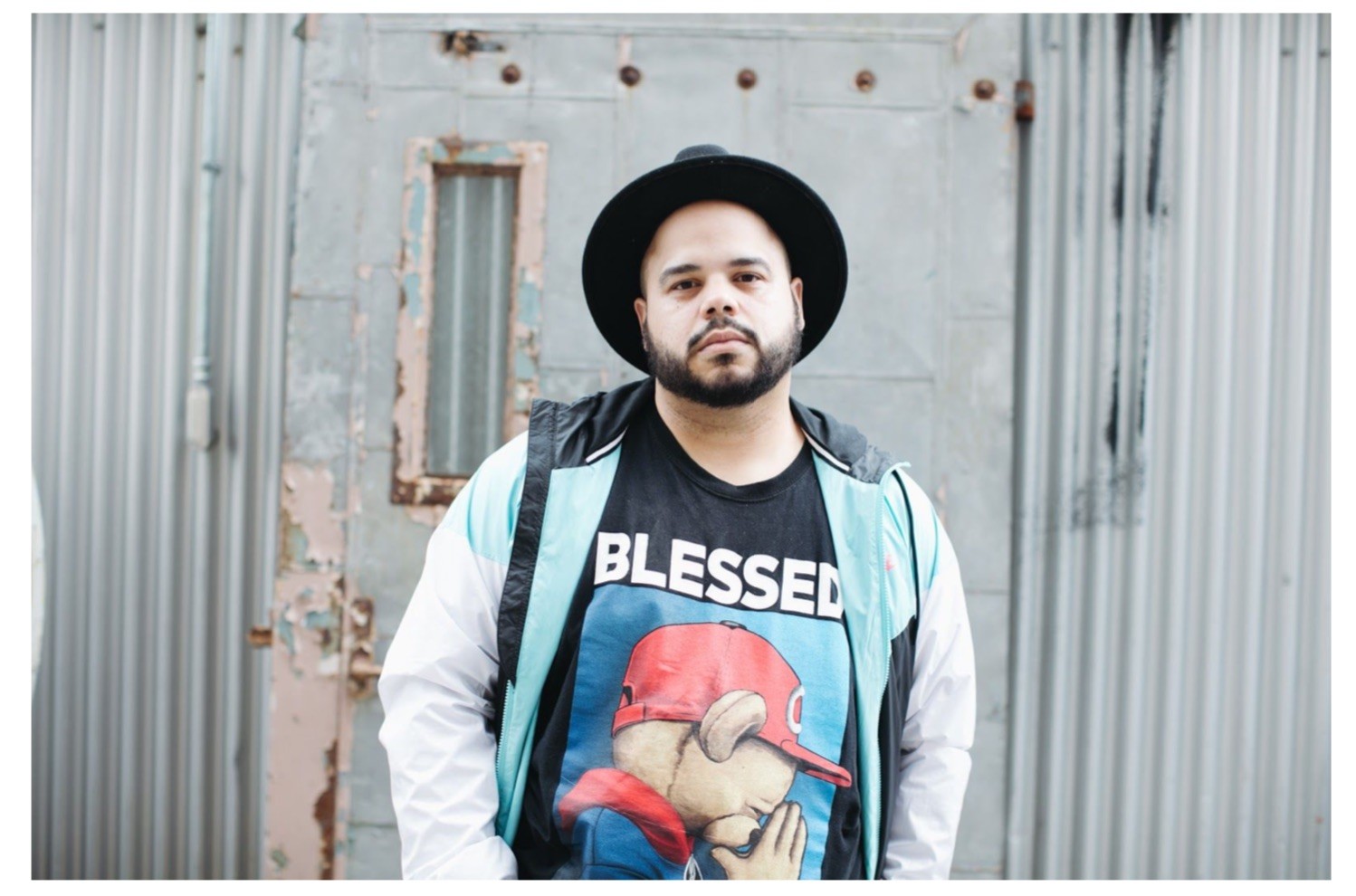 Roberto Lugo is an American artist, ceramicist, social activist, spoken word poet, and educator. Lugo uses porcelain as his medium of choice, illuminating its aristocratic surface with imagery of

poverty, inequality, and social and racial injustice. Lugo’s works are multicultural mash-ups, traditional European and Asian porcelain forms and techniques reimagined with a 21st-century street sensibility. Their hand-painted surfaces feature classic decorative patterns and motifs combined with elements of modern urban graffiti and portraits of individuals whose faces are historically absent on this type of luxury item - people like Sojourner Truth, Dr. Cornel West, and The Notorious BIG, as well as Lugo’s family members and, very often, himself. Lugo holds a BFA from the Kansas City Art Institute and an MFA from Penn State. His work has been

featured in exhibitions at the Houston Center for Contemporary Craft, the Clay Studio in Philadelphia, and the Museum of Arts and Design in New York, among others. He is the recipient of numerous awards, most recently including a 2019 Pew Fellowship, a Cynthia Hazen Polsky and Leon Polsky Rome Prize, and a US Artist Award. His work is found in the permanent collections of the Los Angeles County Museum of Art, Philadelphia Museum of Art, The High Museum of Art, the Museum of Fine Arts Boston, Brooklyn Museum, Walters Museum, and more. He is currently an Assistant Professor at Tyler School of Art and Architecture.

Robert Lowe plays bass and sings in 90 Day Men. 90 Day Men have released three albums and several EPs, rapidly developing from an angular, harsh post-punk band into their current expansive, near-progressive swirl of guitars, keyboards and vocals. He has also collaborated on tour with Castanets.

Lichens is Lowe's personal vehicle, created for performance and recording solo and with collaborators. Lichens has performed in Chicago, beginning at the Arthur magazine sponsored Million Tongues Festival in summer 2004 and New York solo and in duos. Lichens live is a transfixing experience, looping wordless vocals into curtains of drone. Lowe adds acoustic and electric guitars, percussion and other effects to create alternately thick and delicate works. Lowe has recorded and released a Lichens CD-R on his own, each hand assembled and released in a limited edition. Lichens contributed a track to the One Bright Sunny Day compilation CD, the debut releases from the Chicago-based IC Recordings label. Further touring is planned. In addition to the release of The Psychic Nature of Being (which is being released on vinyl by the estimable folk/psych/heavy imprint Holy Mountain) Chocolate Industries is releasing a limited edition 7 inch single by Lichens packaged inside a book of art Lowe curated with contributions by Jon Beasley, Justin Schaeffer, Devendra Banhart and others. 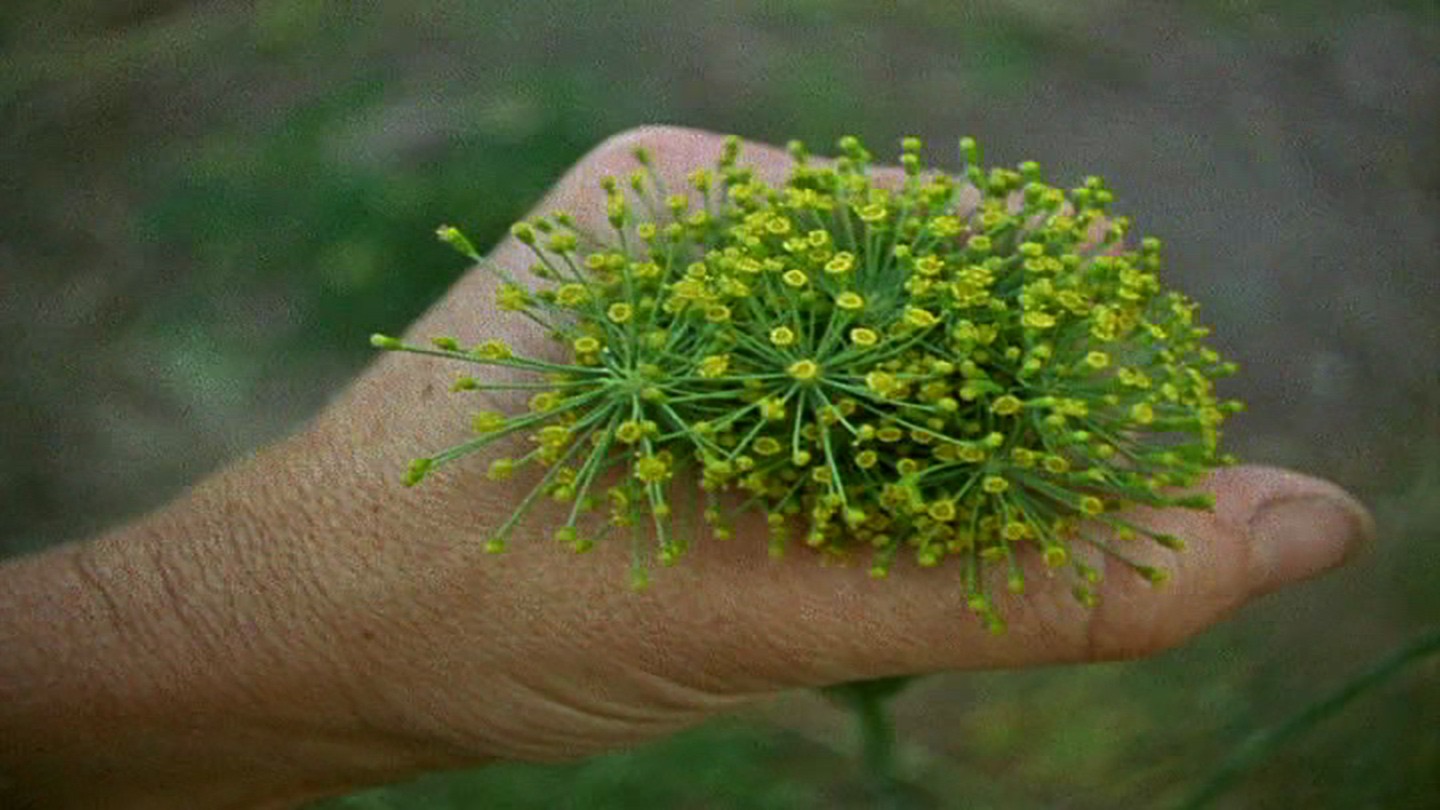 Naomi Uman is a visual artist working in various media. Her work is intimate and curious, exploring worlds of others. Her films focus on the material, the handmade, the work of women and ways of life on the brink of disappearing. Through her love of tactile and manual work, she documents and uses materials and technologies that are also being left behind. Naomi grew up in suburban New York. She currently lives and works in Mexico City after returning from living for ten years in a village in Ukraine. Naomi Uman studied cooking in New York and worked as a professional chef. Later, Naomi received her Master of Fine Art from Cal Arts in 1998. 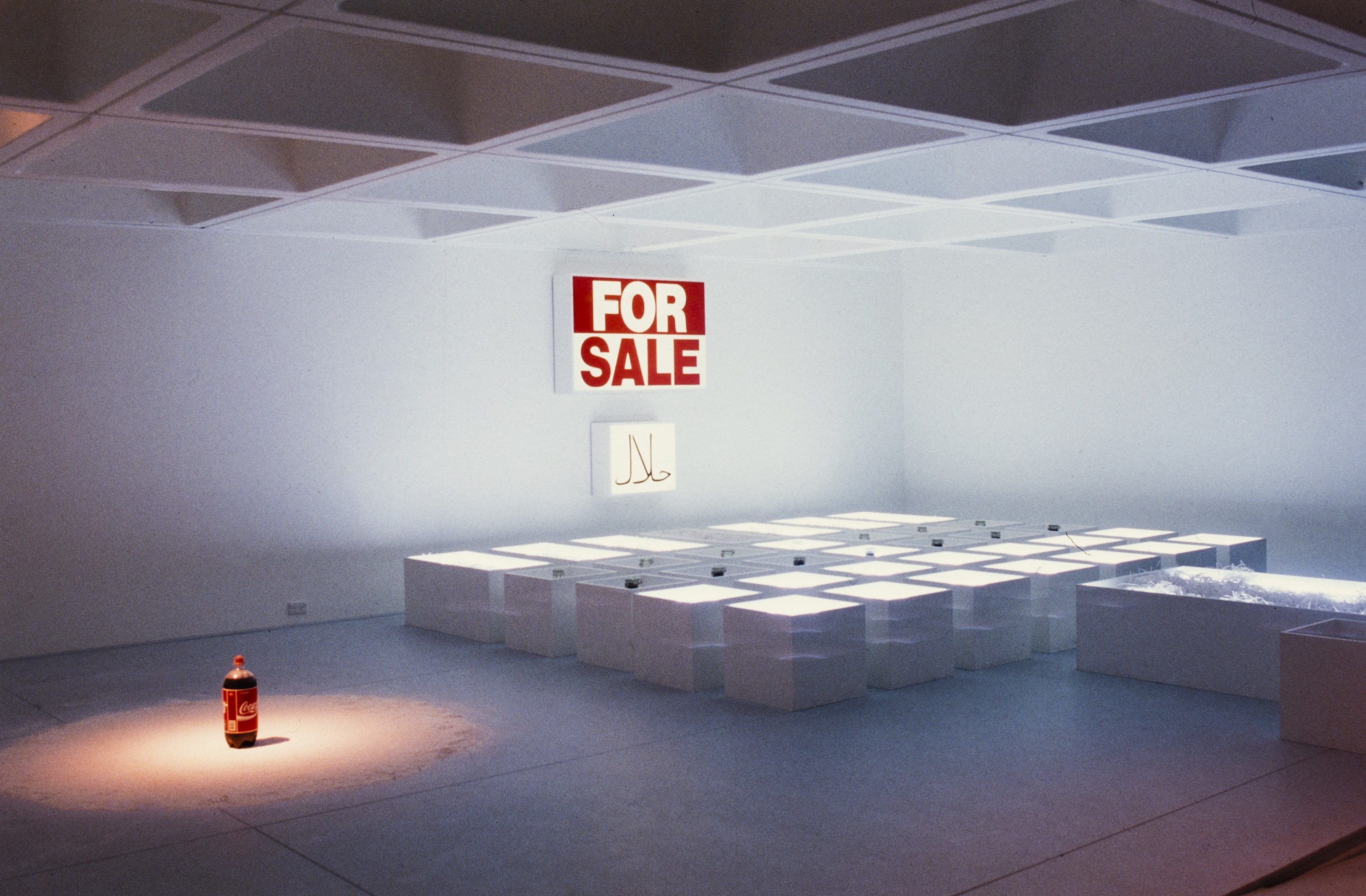 Born in Bandung 1961, Arahmaiani is one of Indonesia’s most seminal and respected contemporary artist, Arahmaiani has long been internationally recognized for her powerful and provocative commentaries on social, political, cultural and environmental issues. Working in performance, painting, drawing, installation, video, poetry, dance and music. And in the 1980 she established herself as pioneer in the field of performance art in South East Asia.  She was one of the artists in the Indonesia National Pavilion at the 50th Venice Biennale (2003).  Her work has grappled with contemporary politics, violence, critique of capital, the female body and in recent years, her own identity, which although Muslim, still mediates between Islamic, Hindu, Buddhist, and animist beliefs.  She often uses her public presence in order to attract attention to violence in general, and violence against women or female discrimination in Indonesia’s Islamic society, in particular.  Since September 11, she was combined her critical attitude toward Islam with a fight against its general stigmatization. And since 2010 she has been working with Tibetan monks in Tibet Plateau dealing with environmental issue. Besides working with various communities of artist, activist, academic in various places in the world, also religious Islamic boarding school community in Indonesia. She has been taking part on art event such as 2nd Asia Pacific Tiennale (1996); Havana Biennale (1997); Sao Paulo Biennale (2002); Lyon Biennale (2000); Werklietz Biennale (2000); Gwangju Biennale (2002); Biennale of Moving Image, Geneva (2003); Venice Biennale (2003); World Social Forum, Mumbai, India (2004); Global Feminism, Brooklyn Museum (2007); Kunming Biennale (2017); Yinchuan Biennale(2018), South East Asia Triennale, Jakarta (2018),”Solidarity As A Means of Action” Haifa Museum, Israel (2019) “After Hope: Video of Resistance “ Asian Art Museum, San Francisco (2020) 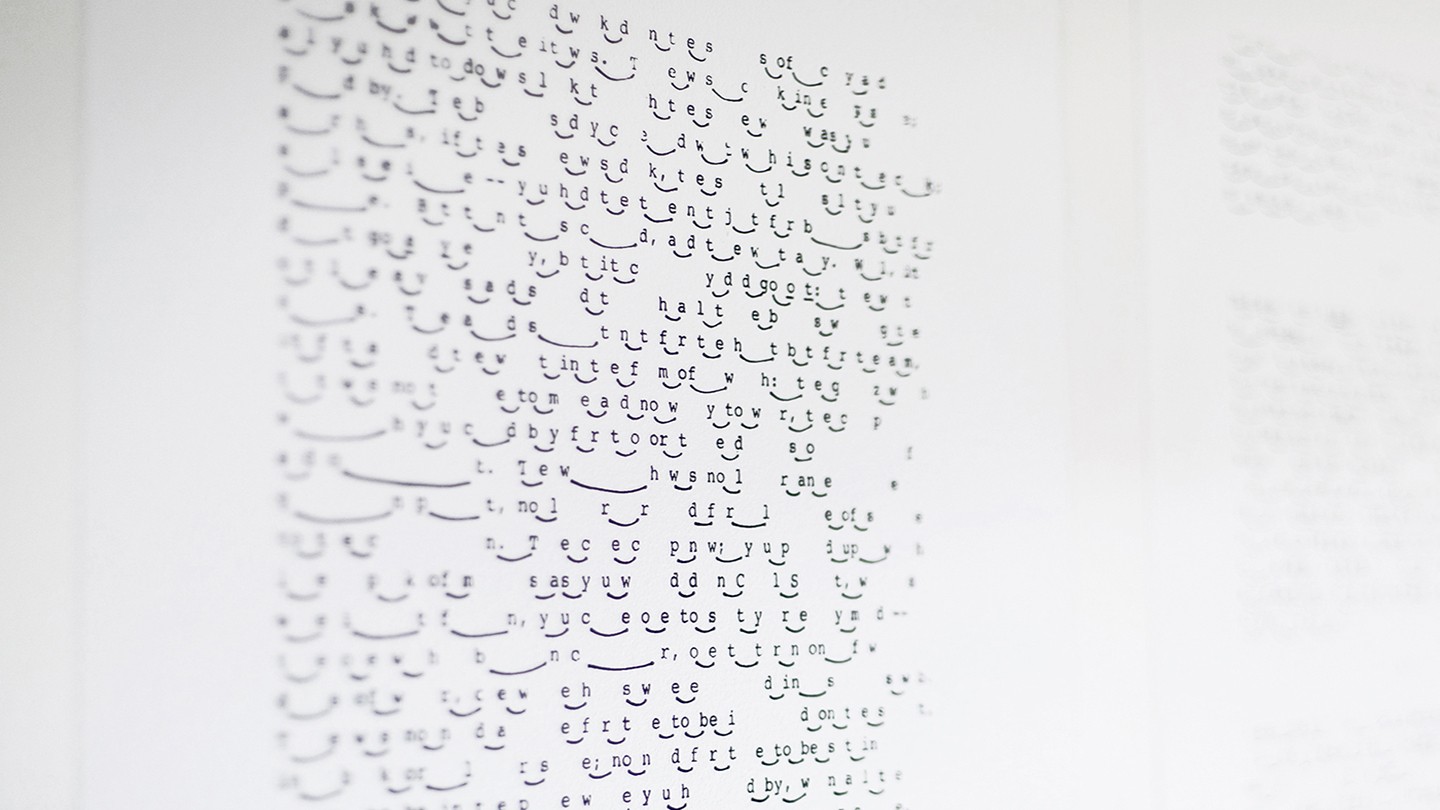 Audra Wolowiec is an interdisciplinary artist based in New York whose work oscillates between sculpture, installation, text and performance with an emphasis on sound and the material qualities of language. Her sound installations and experimental language scores use the gap, space, or breath in between speech, to amplify an undercurrent of language. These scores, or language-based artworks, draw on the traditions of musical notation and experimental writing techniques, to provide conceptual and poetic frameworks for the installations. Wolowiec's work has been shown internationally and in the United States at MASS MoCA, CCS Bard Hessel Museum, Stony Brook University, Art in General, and Studio 10. Readings and events have taken place at The Poetry Project, Microscope Gallery, and Center for Performance Research. Her work has been featured in ​BOMB Magazine, Modern Painters​, ​The New York Times​, ​The Brooklyn Rail,​ ​CAA Journal, ​and ​Sound American​. Residencies include Bemis Center for Contemporary Art, Complex Systems Art and Physics Residency at the University of Oregon supported by a National Science Foundation Grant, and Dieu Donné. Wolowiec received a BFA from the University of Michigan and MFA in sculpture from the Rhode Island school of Design. She has held teaching positions at Parsons School of Design, SUNY Purchase, Pratt Institute, and Dia:Beacon. She is the founder and director of the publishing platform​ Gravel Projects​.