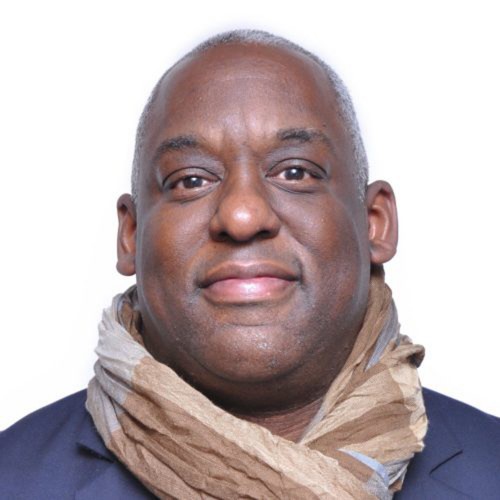 Blue is a seasoned and award-winning television production executive. He is currently Washington bureau chief and White House correspondent for ARISE News, a 24-hour news channel based in the United Kingdom. He was previously director of current affairs and special programs. In addition to reporting from the White House, Blue oversees the production and development of brand-defining broadcasts for the network. Since ARISE's debut in early 2013, he has run productions across the world in Boston, New York, Washington, Davos, Lagos and Cape Town. Blue accompanied President Obama on his most recent trip to Europe and supervised the channel's coverage of Nelson Mandela's funeral in South Africa.

He is a graduate of Princeton University's Woodrow Wilson School of Public and International Affairs. Prior to starting his own firm, Blue was a producer in the Koppel Group at the Discovery Channel. His debut documentary for Discovery, Iran - Most Dangerous Nation - won the 2006 national Emmy Award for best long-form program. Blue spent fourteen years as a producer for ABC News and NBC News, has reported extensively overseas and was twice assigned to ABC News' London bureau. During his final assignment for ABC News, Blue was the Nightline London producer. He has over twenty years of experience executing and supervising productions of all types around the globe.

Over the course of his career, Blue has won every major broadcast journalism award including eight national Emmy Awards, two Alfred I. DuPont-Columbia Awards, two George Foster Peabody Awards, two Overseas Press Club Awards and an NABJ Award for Overall Excellence. James was twice a finalist for the Livingston Award for Young Journalists.

In addition to his Board membership at MICA, Blue currently serves on the board of trustees of the Baltimore School for the Arts, the Princeton Alumni Weekly, the Princeton University Alumni Council and the advisory board of Intelligence Squared . He is a member of the Overseas Press Club, the National Association of Black Journalists and the National Lesbian and Gay Journalists Association. Married and the father of two children, James resides with his family in Baltimore, Maryland and Craftsbury, Vermont.