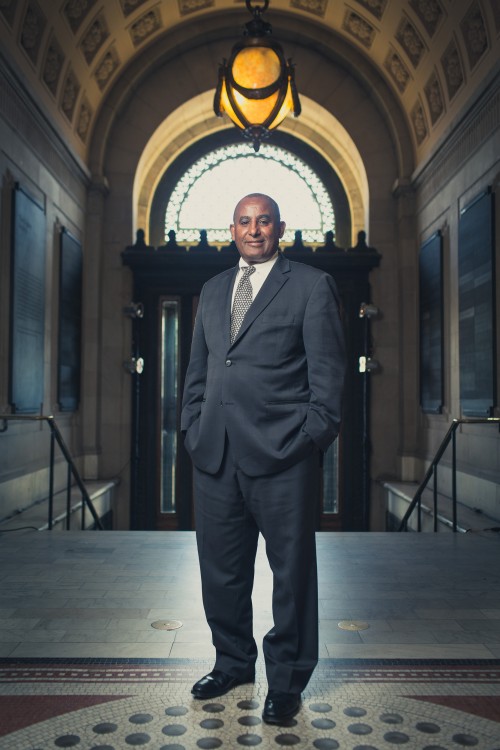 Gizaw, born in Ethiopia, received a Bachelor of Science degree from Boston State College and a Master of Science degree in International Development Studies from Ohio University. He held various positions as a financial planner and consultant for utility companies in Boston and Seattle before moving to Northern Virginia.

He is a founding trustee and current president of the Genevieve McMillan Reba Stewart Foundation; in that role, he manages the corporation, which consists primarily of commercial and residential real estate in Cambridge, Ma., and he manages other investments for the McMillan Trust, He is also in charge of placing the McMillan collection of African and Oceanic Art to museums and universities around States. The McMillan Stewart Foundation has established the Reba Stewart Memorial Scholarship and The MacMillan Stewart Chair in Painting at MICA. The foundation also works closely with MICA Community Engagement program and the Baltimore School of Design.