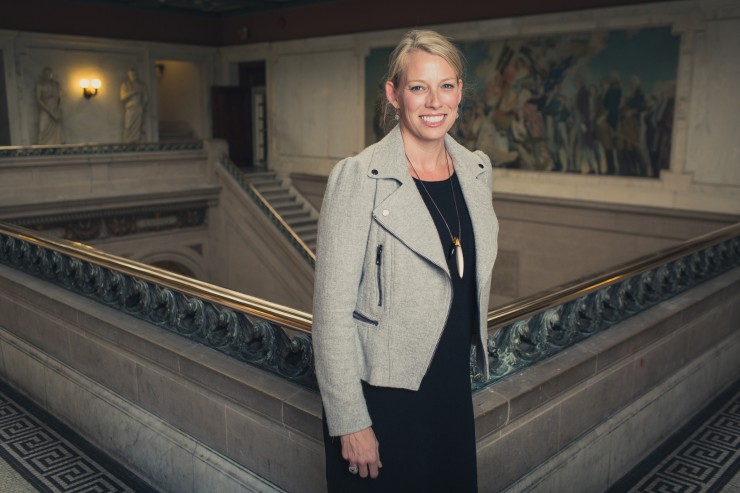 She is a proud 2007 graduate of MICA's post-baccalaureate program and received her MFA in 2010 from the LeRoy E. Hoffberger School of Painting, where she studied under Grace Hartigan, Joyce Kozloff and served as the director's assistant to Timothy App. Such diverse influences are a familiar touchstone to Modell whose own history is a blend of analytical and creative experiences.

Modell received a B.S. in Ocean Engineering from Florida Institute of Technology and after working as an engineer for SAIC and DELCAN International, she returned to a lifelong passion and became a professional figure skater. She retired from professional figure skating in 1998 and began to explore other mediums of expression outside the realm of performing arts. This exploration led her to Baltimore and MICA.

Currently serving as the vice-president of the Board of Maryland Art Place, Modell also sits on executive and program advisory committees. She is committed to furthering art's education and academic excellence in the greater Baltimore Community. Her work has been shown in Maryland, Pennsylvania, New Jersey, and Washington D.C., and she is based out of her studio in Hampden, Maryland.