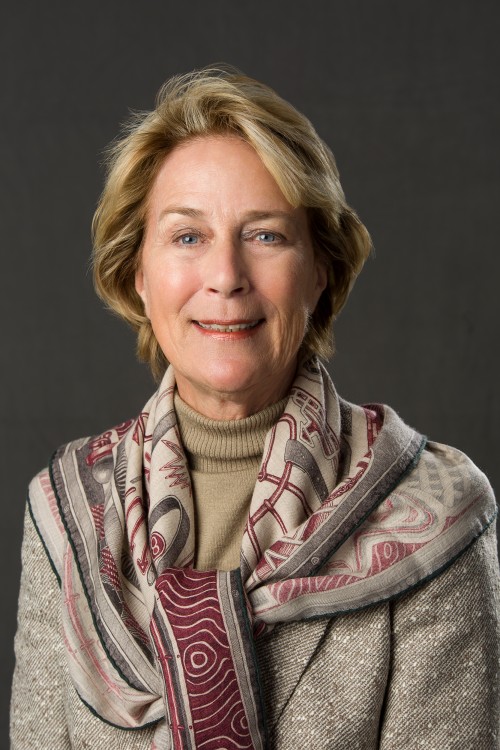 She served as board chairman from 1985 to 1990 and served as Chair of the College's $100 million campaign to raise endowment and building funds. She also has served as a member of the Academic Affairs Committee, the Presidential Search Committee, and the Executive Committee.

Riggs is chairman of the Maryland Health and Higher Educational Facilities Authority. She has served on the Authority since her initial appointment by Governor Harry Hughes in 1982, and as its chairman since 1998 after serving for a number of years as vice chair. The Authority issues revenue bonds to finance the expansions of Maryland hospitals and healthcare facilities, independent colleges and secondary schools. Since its establishment in 1972, the Authority has issued over $21 billion in bonds.

She was also involved for 32 years with The Greater Baltimore Medical Center (GBMC). From 1978 to 1984, she was president and chairman of the Board. During most of her tenure there, where the Radiation Oncology Service is named in her honor, Riggs served as a member of the Finance, Strategic Planning, the Legislative and Performance Improvement Committees. She conceived and found funding for the adult-onset genetic disease service (the Harvey Center), the first of its kind in a community hospital.

Mrs. Riggs also served as a director of the Provident Bank of Maryland from 1982 until its acquisition in 2009 by M & T Bank. During her tenure, she served as chairman of the Nominating and Compensation Committees and as a member of the Executive Committee.

She has twice served terms on the Executive Council of the Maryland Hospital Association (MHA). There, she chaired the Long Range Planning Task Force, Target Tomorrow, which established the Council for Quality Care. She went on to serve as Chairman of the Council. The Council established the Quality Indicator Project, which became the largest clinical quality assessment tool for hospitals in the world before it was sold to Press Ganey Associates, Inc. In her work on behalf of the hospital association, she also served on the board, and as vice chair of the board of the Maryland Hospital Education Institute. In 1999, she was the recipient of the Maryland Hospital Association's Distinguished Service Award.

From 1987 to 1999, Riggs served as a member of the Board of Physician Quality Assurance, the license and discipline board for Maryland Physicians. She has also served as a member of the Advisory Committee to the Maryland Department of Health and Human Services and as a Maryland Hospital Association delegate of the Small Area Surgical Variations Research Council. She has also served for over twenty years in a voluntary capacity as chairman of the Volunteer Fundraiser of the Year Award Committee at the request of the Maryland Association of Fund Raising Professionals.

Riggs is a recipient of the Congressional Certificate of Merit and she was a founder of the International Women's Forum in Maryland.

She is a member and first vice president of St. George's Garden Club of Baltimore and is a recipient of the Founder's Award as well as a recipient of the Garden Club of America bronze medal for her, "Bags Over Baltimore" project - a joint effort with M & T Bank - which educated local elementary school children to the dangers of plastic bags in the world environment. As a part of the project, 10,000 reusable bags were distributed to Baltimore city and Baltimore County school children. In 2010, Bags Over Baltimore was cited as a model community service project by the mayor of Baltimore, and by the governor of Maryland. M & T Bank received a commendation from the Business Roundtable for funding the project.

Riggs was born in Chicago and raised in Winnetka, Illinois. She is a graduate of Boston University. She lives in Baltimore with her husband, Richard C. Riggs, Jr. In her spare time, she enjoys golf, cycling, skiing, sailing tennis. She and her husband are the parents of Charlotte and George Riggs.