Community—that’s what has brought James Williams II ’09 (Mount Royal School of Art MFA), a MICA alum, faculty member and this year’s $30,000 Janet & Walter Sondheim Art Prize winner, to where he is today.

He finished his Sondheim work about one week before it was time to install, and it was stressful up until that point, he said. But it was community that kept him going.

“A lot of people in my community were a big help—a help support. There were times when I just did not feel like going into studios, but a lot of people would say ‘now you've got this.’ And so that encouragement throughout the six months really—it was what helped me do this somehow,” Williams said.

“I don't think we're on our own island. I think we have many people there to support us. And that it's something that I say to my students—that to succeed, we have to have a strong community.”

And that strong community is something that is really unique to the Baltimore art scene.

Louis Joseph, prizes and competitions manager at the Baltimore Office of Promotion & The Arts, said while the city’s art community is fluid and always evolving, a lot of artists who end up in Baltimore choose to stay here.

The Sondheim prize is one of those reasons, he added. Even if applicants don’t win, just being named a semi finalist or finalist can help be the catalyst to launch someone’s career, Joseph said.

Williams is not the only artist with a MICA tie making a name for themselves in the Sondheim realm.

His work was on view alongside his fellow finalists, Maren Henson ’17 (Mount Royal School of Art MFA) and Megan Koeppel ’18 (Painting BFA), through September 18, 2022 at the Walters Art Museum. 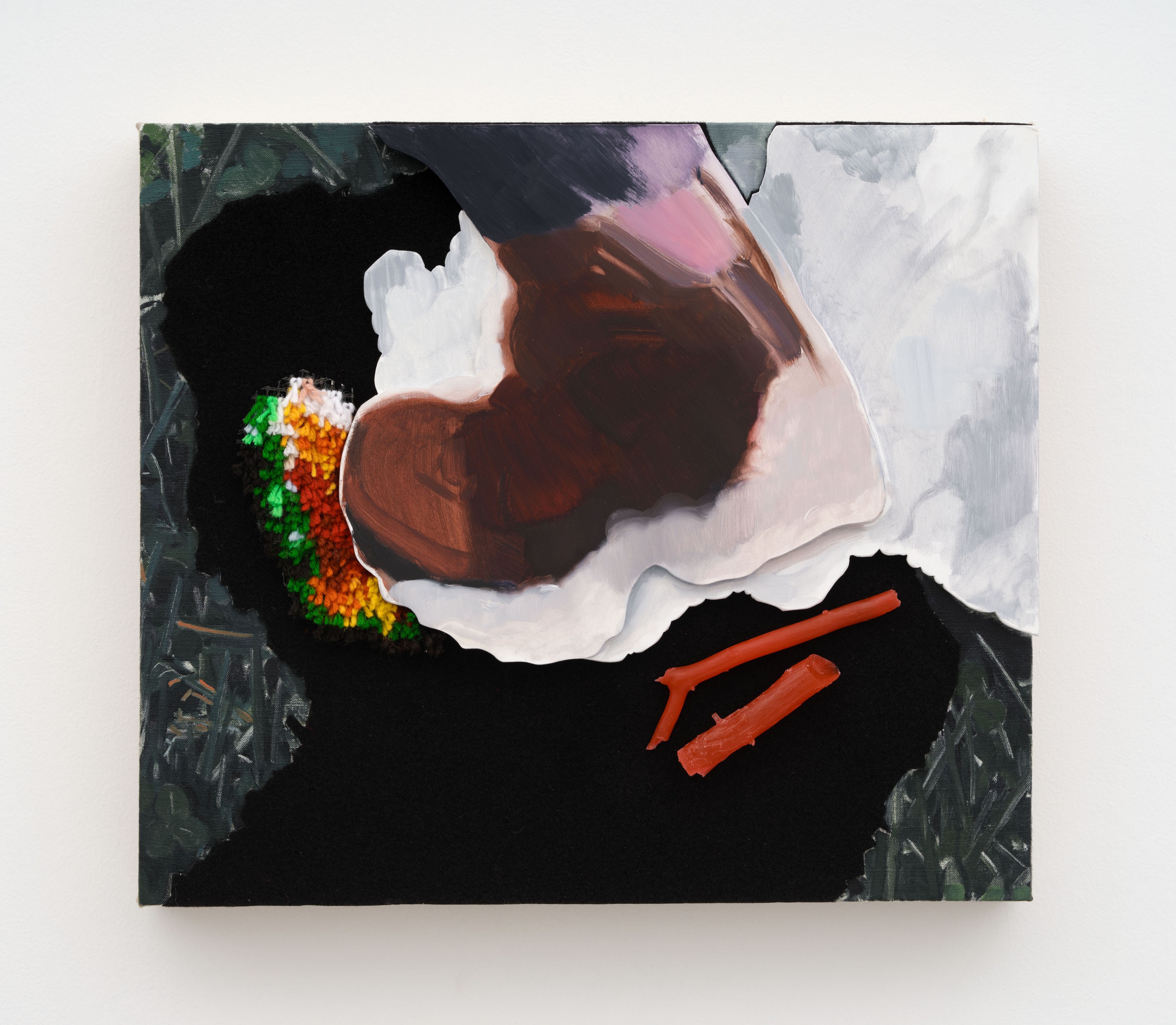 It’s not the first time a member of the MICA community has claimed the top prize. Since its inception, of the last 17 Sondheim Prize winners, 11 have had ties to MICA.

Each year, around 300 or so people apply with five images, Joseph said. Three national jurors from outside of the region—usually a mix of curators and artists—narrow down the submissions to a group of semifinalists, which could be up to 30 individuals, who are able to submit up to 30 pieces of media. From there, he said, they whittle it down to a group of finalists, and finally, a winner.

“MICA’s national reputation and bringing artists in from all over the united states, obviously is a big impact,” Joseph said, later adding, “Jurors who aren’t generally familiar with Baltimore are generally pretty impressed with the quality, and that often ties back to MICA producing artists who are doing rigorous work and are really invested and part of the community.”

In total, this year’s Sondheim experience was about six months of preparation for Williams, including both applying and the waiting game.

“I decided to make new work for Sondheim. I had planned on putting two older pieces in but I was making work to kind of connect with those two pieces,” he said. “And it was two months of me really pushing to get the work done and really trusting the process—that it was going to work itself out.” 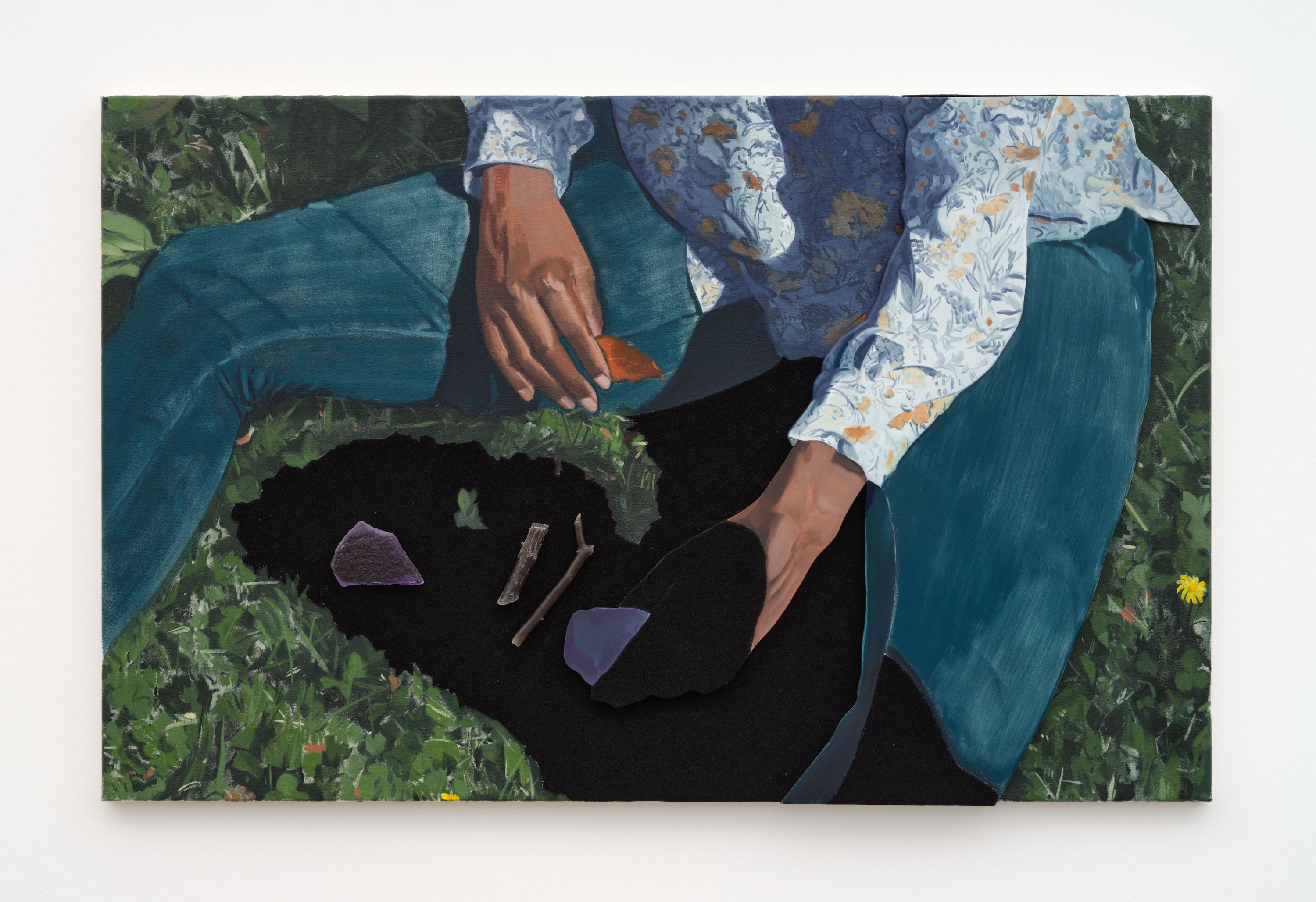 Winning the Sondheim prize was an honor for Williams—but, he said, he never puts himself in a scenario where he has to be dependent on a win. Win or lose, he added, he tries to get something out of the experience.

And, he added, he knew he was up against two other incredible artists, one a former student.

“I've learned over many disappointments not to put all your eggs in one basket, and when it comes to your value, your worth, you have to find that before someone else does,” Williams said. “And so I think that's what makes winning somehow more special for me is that I had already felt very proud of myself, and then got to see the outpouring of people excited for me. I just felt more loved—that's really what it came down to.”

That lesson—knowing your worth before others see it—is one he tries to instill in his students.

“I think it's especially important for our students to understand that you have to kind of find your worth before someone else. You have to find excitement in doing what you're doing before someone else does. And when you can do that, all the disappointments will hurt, but they won't hurt as much. And you can continue to move forward doing the things that you believe in,” he added.

Despite the Baltimore-based artist working as a full-time faculty member in MICA’s painting department, Williams never thought he would be a teacher.

Williams grew up watching his mother teach, and saw “both the pros and the cons” of the career, he said.

“I saw the pains. I very much saw all of that. And so I think part of me just dismissed it from looking at it from her lens,” he added. “But I also saw a kind of perseverance. And I also saw the students who went back to her years later—decades later—and said, ‘Thank you, you made a difference in my life.’ I acknowledge that maybe had a part in me becoming a teacher, this part of seeing yourself as basically opening doorways for others to see their own creative abilities and strengths.”

What helped solidify it was a friend, during a spontaneous studio visit, told Williams he should go into teaching.

A combination of not being sure what to do next in his life, and the realization that he is community-focused, loves knowledge, and enjoys working alongside people, suddenly, teaching seemed to make sense.

“And yeah, there were moments, even when I jumped in, that I thought maybe I should stop teaching. But it was students and faculty that somehow helped me see deeper into my role in teaching,” Williams said. “So I think there's waves—I don't think there was one distinct moment, but there's multiple moments of people seeing something in me, and encouraging me to be my authentic self, and teach in the way that I think will best serve the students.”