In September 2017 Annabelle Hayford ’20 composed a simple tweet that read, Starting a hashtag event to celebrate and appreciate Black artists this weekend.... That was the moment the MICA student started a social media movement, one that ignited a new way for black artists and artists of color to gain exposure and better share their work online.

The hashtag, #DrawingWhileBlack, began trending immediately. The response was astounding – thousands of illustrators jumped in, uploading shots of their work, stopping the internet in its tracks with their talent and the unexpected rise of support that enveloped them.

That’s because Hayford, An agender student studying animation and illustration at
MICA, created more than a hashtag – they created a safe space for artists like themselves to show off their skills, make new connections, and shine on the internet and out in the world.

Hayford believes the hashtag will help others in the industry realize that art “isn’t in a vacuum.” They believe your “experiences affect your work and career, and that includes race.” 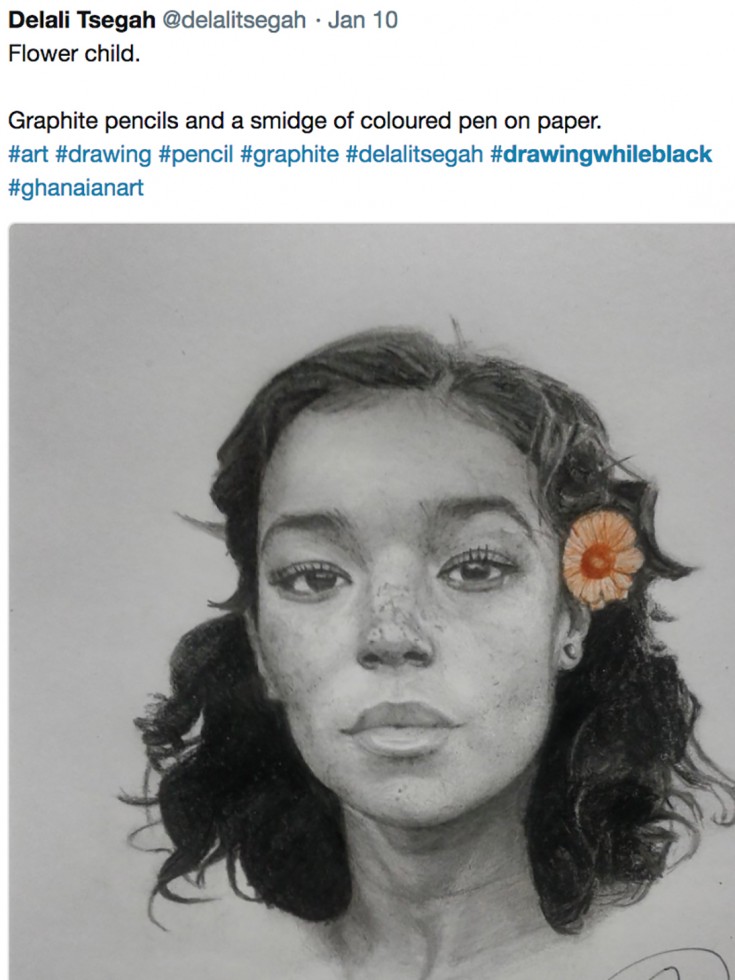 Hayford stresses that, too often, art students and art professionals of color are overlooked or dismissed and don’t receive the same exposure as their white counterparts. Moreover, black identity isn’t properly portrayed in the art community, and when that identity isn’t portrayed correctly at the drawing table, the misrepresentation is improperly shared with the world.

“I think the biggest takeaway from #DrawingWhileBlack is that it’s okay to be proud of who you are!" Hayford said. "Whether you are black and/or an artist, you should celebrate your identity — especially in places where you don’t see your identity represented."

Hayford continued, “It is also important to work, connect and support others who share the same experiences as you. The art industry is small, and the black industry is smaller, so it important to create communities with each other. I want employers to see this hashtag and understand they don’t really have an excuse to not reach out and hire minorities. We are out here making art; we just need the resources, visibility and understanding.”

Follow @DrawingWhileBlk and Hayford’s personal account @sparklyfawn on Twitter to lend your support and stay in the know. The hashtag is still in action, and you can view more remarkable illustrations by searching #DrawingWhileBlack.

In September 2017 Annabelle Hayford ’20 composed a simple tweet that read, Starting a hashtag event to celebrate and appreciate Black artists…

Adarsh Alphons ’06 says that art saved his life. Today, the founder and executive director of ProjectArt now leads his team with a goal to…

MICA faculty member is carving out time to shape a new generation of makers thanks to a National Endowment for the Arts (NEA) grant.