In recent years, recruiting officers hasn’t been easy for the Baltimore City Police Department. While the number of officers leaving each year has remained relatively the same, the number of people applying to become city police officers has dropped significantly.

Emily Ianacone ’15 (M.A. Social Design) is hoping to change that as design strategist for Baltimore City Mayor Catherine Pugh’s Office of Innovation. She’s one of four people in the Bloomberg-funded office, which was founded in 2017 to tackle the city’s most critical issues.
How to retain and recruit officers is the team’s first project, and Ianacone is responsible for design research. 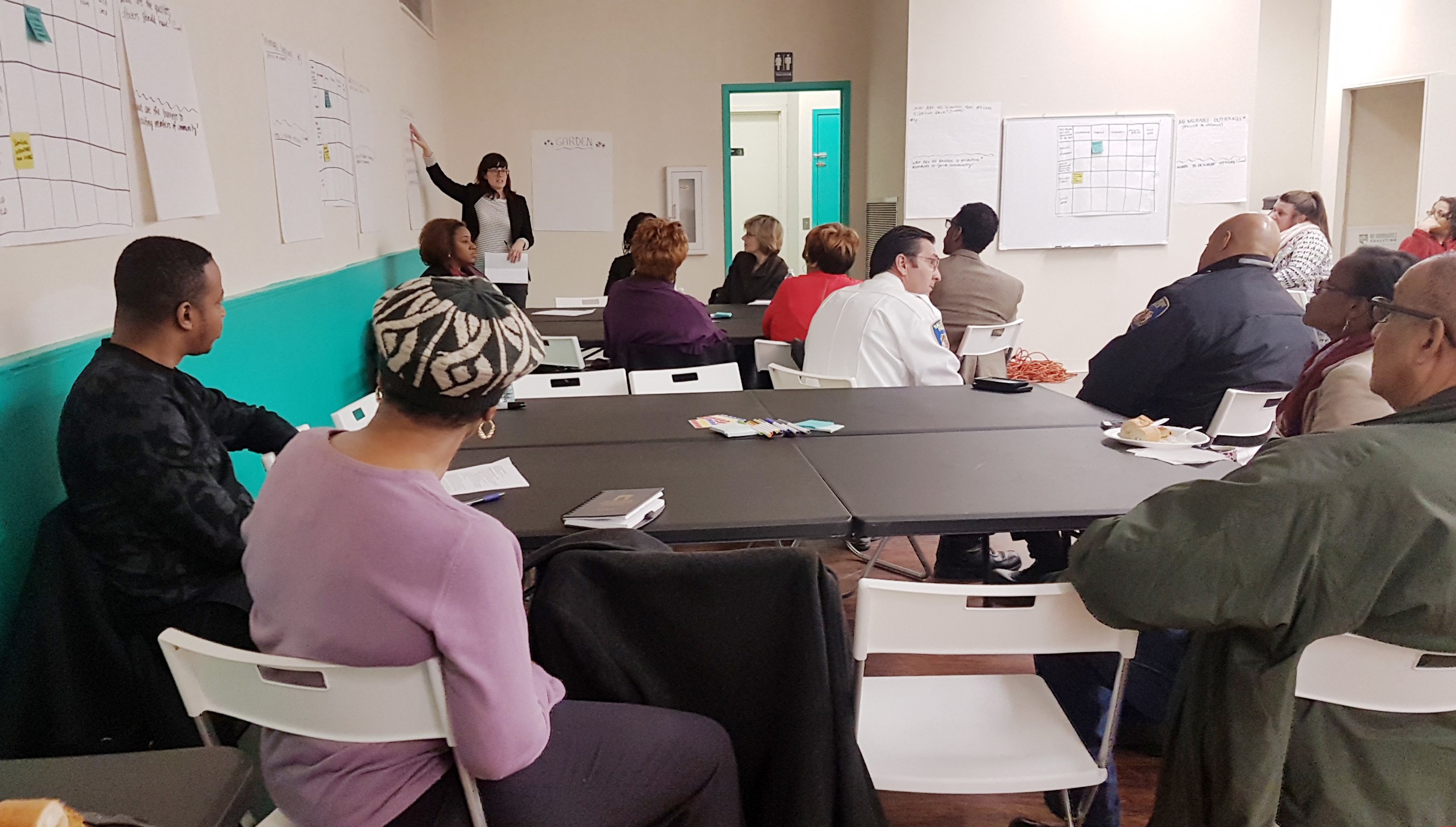 To find the answers, Ianacone and her team spent months conducting one-on-one interviews with officers and community members. She also joined officers on ride-alongs in four city districts.

“It was helpful to see what types of calls officers typically get,” she said. “A lot of the calls I went on were things related to domestic violence that had already happened. People being upset with somebody else and needing a mediator. There’s a lot of interpersonal conflict that ends up resulting in a call to an officer.”

In addition, Ianacone held a series of workshops in west and east Baltimore, asking community members what qualities they’d like to see in their local police officers. Then, she asked police officers the same question.

“The top three answers for both community members and police were honesty and integrity, good interpersonal skills and a commitment to service,” she said. “They want the same things.”

What they didn’t cite: physical strength or agility. While agility is a large part of the hiring process, it’s not an ongoing requirement once officers are on the force, Ianacone said. Taking the feedback they gained from both officers and community members, Ianacone and her team members proposed modifying the agility test so it’s more equitable.

“Currently the agility test disproportionately disqualifies women, and the department wants to hire more women,” she said. “So now if a candidate has a weakness in just one fitness focus area but meets the existing standards for the others, it means that candidates can now go through and improve that focus area in the Police Academy.”

During a May 5 agility test, the department implemented the team’s suggestions. As a result of the physical fitness test changes, six candidates moved on in the hiring process instead of waiting another month to re-take the test, Ianacone said. Four of those six applicants were minorities. 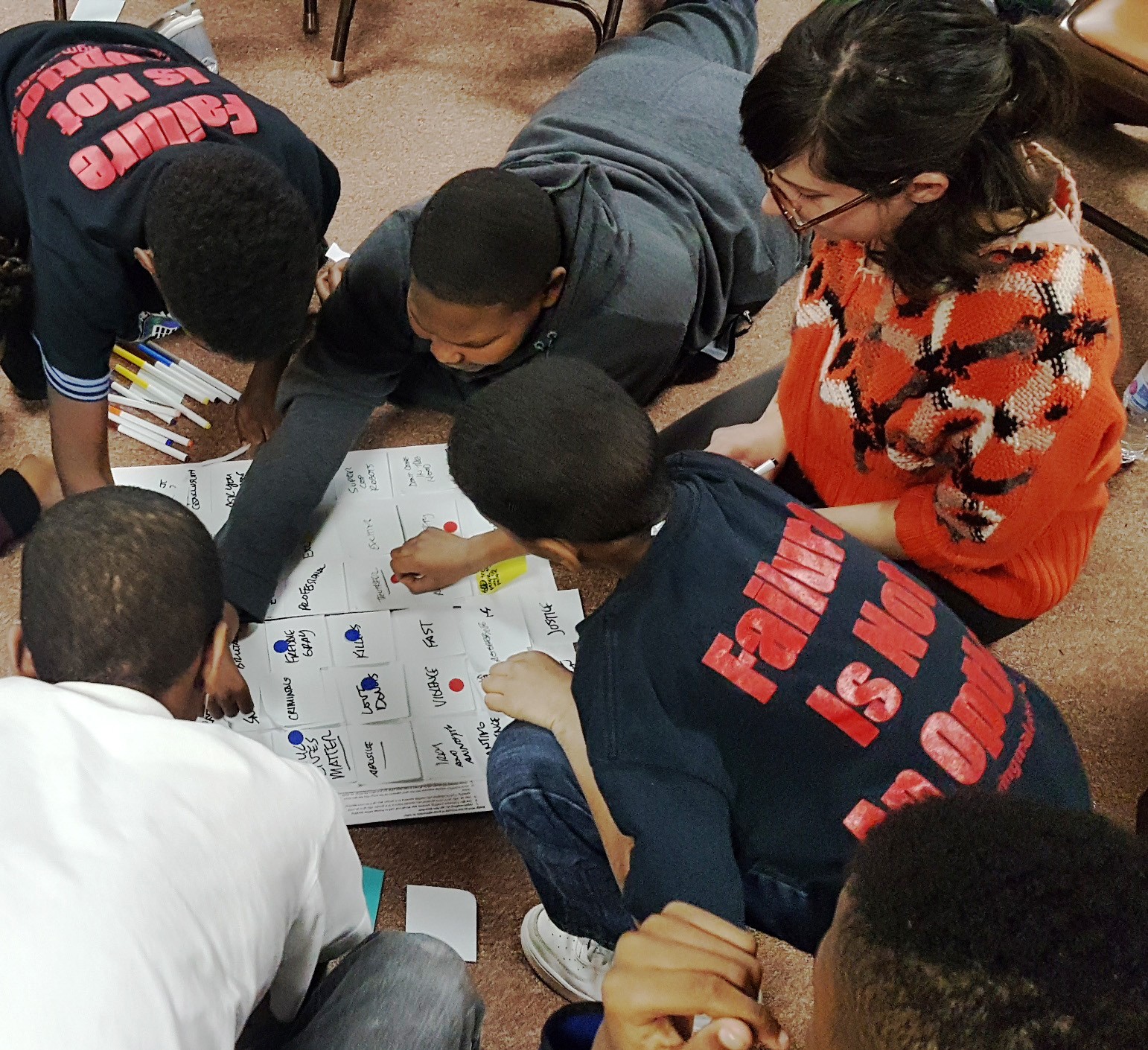 “We expected that their feelings would be generally negative because of past experiences and the tension with police in West Baltimore communities,” she said.

But then, when Ianacone asked the children and teens to share their experiences with officers and what officers could do to improve their relationships with the city’s youth, the comments turned more positive.

“They were full of ideas around food, sports, officers helping out with bullying, just saying ‘hi’ to them on the street,” she said. “(Also) how they approach them and to not jump to conclusions… What’s surprising is how willing they were to brainstorm ways to improve the relationship. It wasn’t a closed door.”

For the next few months, Ianacone and the rest of the team will continue turning their research into ideas and pilot projects to improve the police department’s recruitment, hiring and retention, she said.

Projects include creating a tool that enables community members to nominate their “local hero” to become a Baltimore police officer and revamping the cadet program that would make the job salaried and provide benefits for people ages 18 to 20 and a half. At 20 and a half, cadets are eligible to go into the police academy.

“It’s a way to capture youth between high school graduation and academy, and it provides them with tuition reimbursement so they go to school part time while working full time,” Ianacone said.

In addition, the team created and recently tested new recruitment materials and activities at the City High School job fair for graduating seniors, sponsored by the Mayor’s Office of Education.

“I really believe social design can make a huge impact, particularly in government services,” Ianacone said. “By including the people you’re solving problems with and designing solutions for in the design process, government services will ultimately be more equitable, more accessible, more user-friendly and more effective.”