It feels very surreal at times and it never hits me that we are executing such a large exhibition until install week where everything is up on the walls and ready to go,” said Kelly Zhong ’18, fourth-year General Fine Arts B.F.A. student.

The installation Zhong is referring to is “Counternarratives: Performance and Actions in Public Space,” an exhibition organized and curated by students in the Exhibition Development Seminar (E.D.S.), which presents 55 case studies of performance and and performative protest using Rosa Parks’ historic 1955 act of civil disobedience on a public bus in Montgomery, Alabama, as the starting point and conceptual framework of a three-dimensional timeline. 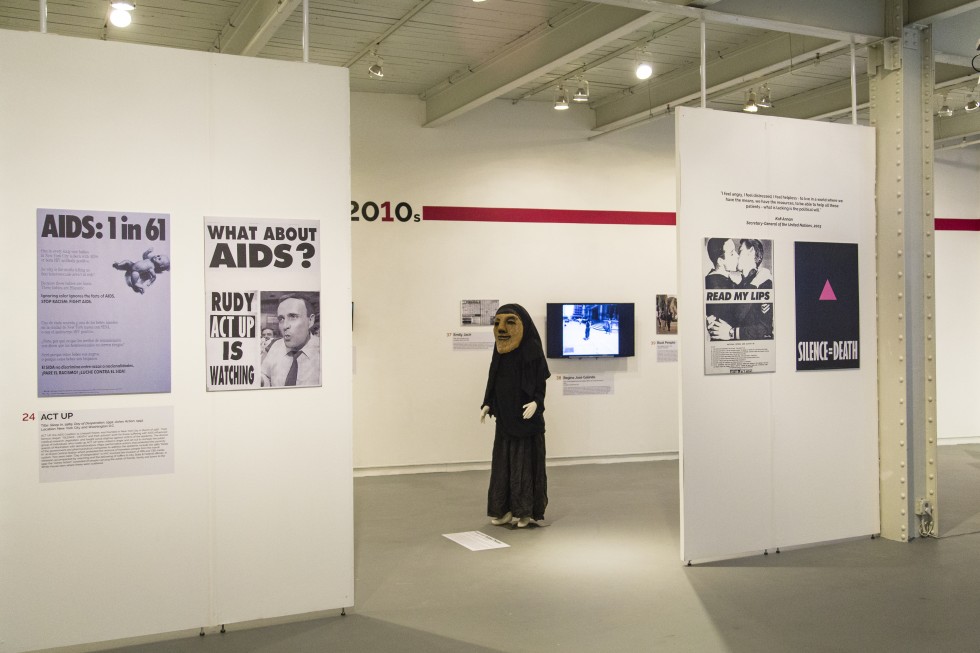 On view in the exhibition is work and documentation of performances by a global roster of artists, including Vito Acconci, Alberto Greco, David Hammons, Joyce Scott ’70 (Art Education), Pope L., Maya Stovall, and Alicia Frankovich, as well as images and text documenting numerous political protests, such as a newspaper headline for Baltimore Quaker Norman Morrison’s 1965 immolation to protest the Vietnam War and a 1987 Silence = Death poster drawing attention to the AIDS crisis. 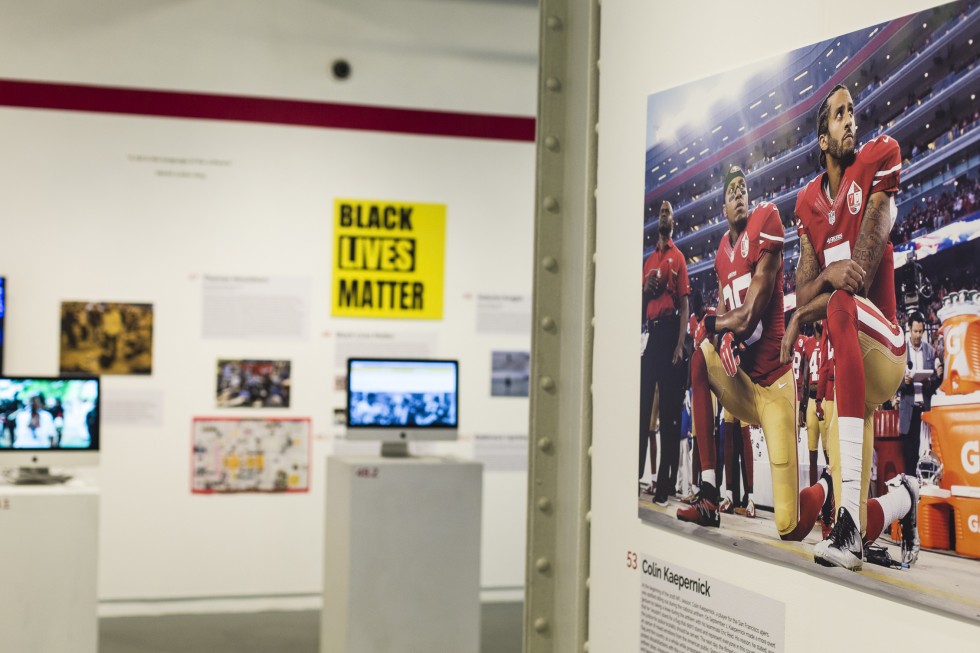 Since it was established in 1997 by former MICA Curator-in-Residence George Ciscle, E.D.S. has been a hallmark of MICA’s undergraduate student experience. The course, which spans two semesters and is open to students of all disciplines and areas of study, is designed to examine the curatorial process and explore new ways for students to engage with local artists, cultural organizers, activists, curators and museum and gallery professionals. The end product of the students’ research is a professional-quality exhibition conceived, planned and organized from the ground up.

To tackle such a large-scale project, the students are divided into four working groups — education, curatorial, graphic design/promotion and exhibition design/installation — and focus on different aspects of organizing and preparing the exhibition. Through in-class dialogue and debate, the students produce a detailed curatorial statement outlining the theme of the exhibition, a programming schedule of related events, design of the gallery space and a unique graphic identity to support the exhibition’s promotional materials, among other things.

For the 2017–2018 edition, Art Theory, History and Criticism faculty Monica Amor proposed the central theme of “Counternarratives,” but encouraged students to use the concept as a platform to expand upon with their own thinking. 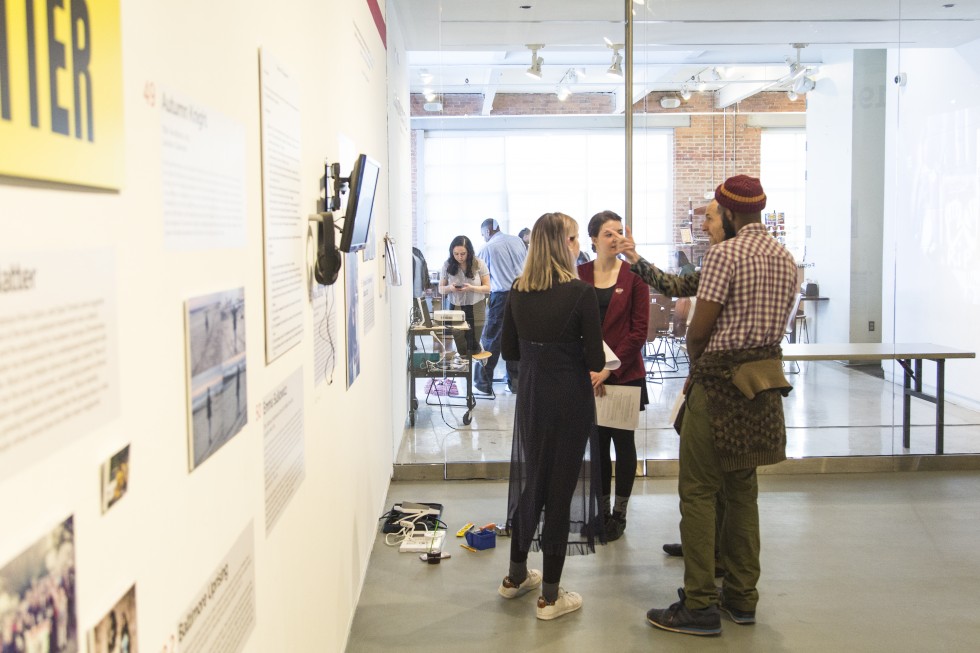 “The exhibition, as it evolved, is the product of intense discussion in the classroom. Everyone was in charge of proposing, selecting and developing case studies for the timeline,” said Amor.

As the historical timeline of “Counternarratives” developed, students decided that the final two years would be dedicated to performances and actions in Baltimore since the 2015 uprising, poignantly concluding on the sudden and swift removal of the city’s Confederate monuments by Mayor Pugh in August 2017.

“We wanted to position Baltimore within the context of global, social and political change. Many significant events have occurred here, from Alison Saar’s Catfish Dreamin’ project in 1993 to the most recent uprising in 2015. It was important for us to include several Baltimore case studies in the timeline that have made an impact on the city,”

Counternarratives: Performance and Actions in Public Space is on view through March 11, 2018, in Decker Gallery, Fox Building on MICA’s campus. To learn more visit events.mica.edu.