Since graduating from MICA in 2009, Daniel Wickerham ’09 (Painting B.F.A.) and Malcolm Lomax ’09 (Painting B.F.A.) have been creating work as the collaborative duo Wickerham & Lomax (formerly DUOX), and their partnership has proved a smashing success. The Baltimore-based pair won the 2015 Sondheim Artscape Prize, an annual $25,000 fellowship, and have exhibited their work at Frieze New York; the New Museum, New York; the Baltimore Museum of Art; and the Hessel Museum of Art at Bard College, among others. Their multidisciplinary work is broadly concerned with “networked virtualities,” and questions ideas of identity, while exploring the individual and group effects of digital technology and social spaces.

What projects are you currently working on? Do you have exhibitions coming up in 2017?

DANIEL/ Our next show, DUOX4Odell’s: An Oral History, opens in March at the former Everyman Theater as part of Light City, and is focused on Odell’s, a once-popular Baltimore nightclub known for its disco and house music, and will attempt to present the essence of something we never experienced.

MALCOLM/ We’re also launching additional seasons of our ongoing digital project BOY’dega [available at duoxduox.com], and we have a group show and some fairs lined up.

How would you describe your artistic career since graduating from MICA? Has your work evolved a lot since then?

M/ I would describe our career as a wonderful set of collaborations and projects. From getting to show at Artists Space, to doing a New Museum digital project, to showing at the Baltimore Museum of Art. The best reward has been the relationships we’ve developed. We were working separately while at MICA and started our collaboration in 2009. Dan and I became each other’s graduate school, a peer-based system of checks and balances. The evolution came from the failures we saw in traditional mediums, and our desire to speak honestly about the way we lived in the world.

Who are some contemporary artists who inspire and influence your work?

D/ When Lawrence Weiner was asked what he wanted his art to do, he said: “[I] don’t want to f**k up somebody’s day on their way to work, [I] want to f**k up their whole life.” He meant that if you were going to see his work, you were going to have to reconsider everything you believed in. When I heard that, my idea of art shifted. And the reason I’m inspired by people like Martin Margiela, Jason Rhoades and Fran Lebowitz is that to make space for them, I had to change what I thought about fashion, sculpture and language. 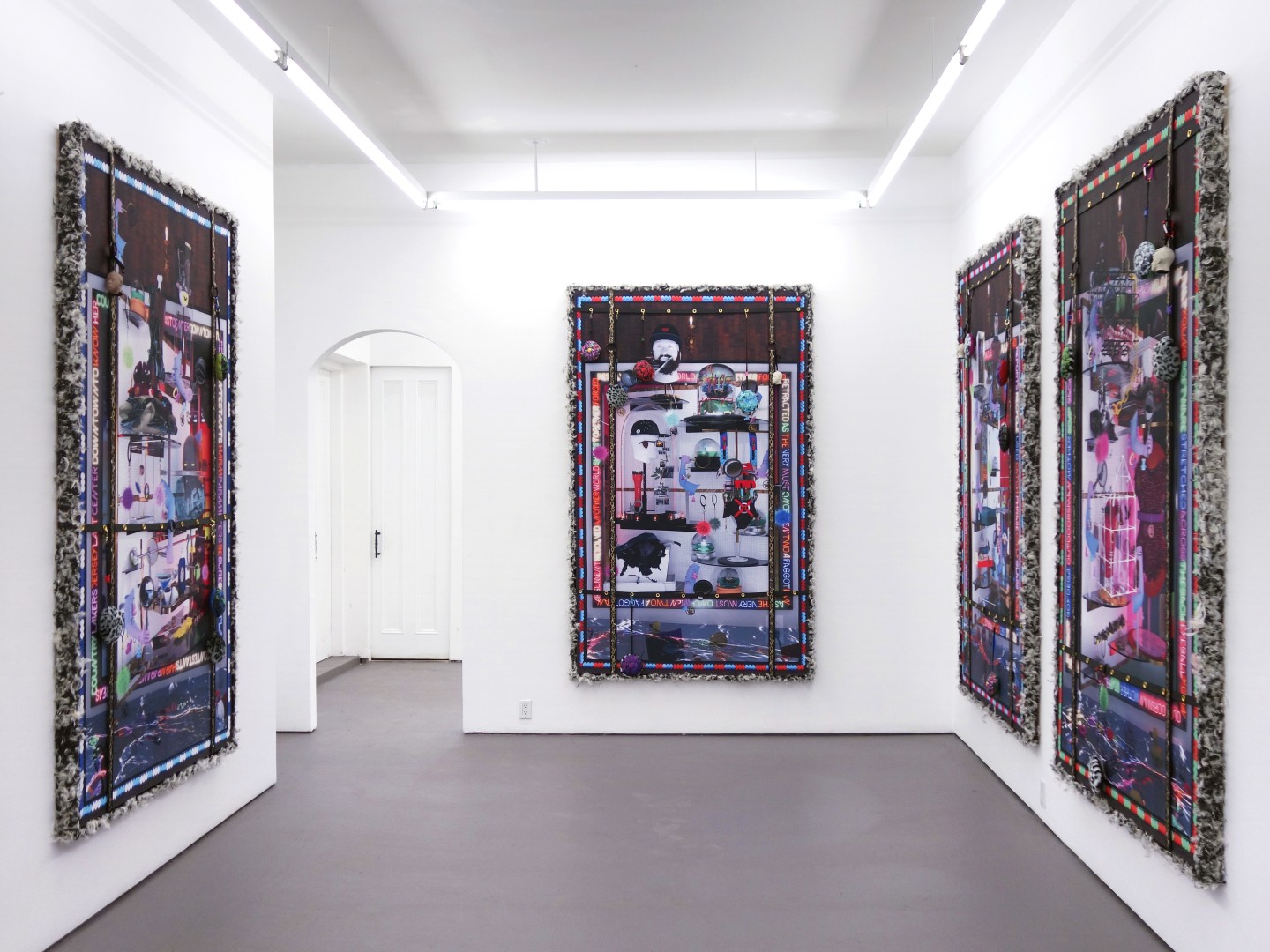 Was there a class or faculty member at MICA that changed your perception of art and your work?

D/ Jeremy Sigler taught Para-Painting, and Joan Watson taught Metaphorical Aspects of Contemporary Art. Both showed me how to bring out dignity in my work, which really opened the world up in terms of taking seriously what interests you.

M/ Denyse Thomasos was at MICA after receiving the McMillan/Stewart Award, and I really enjoyed her course about supermax prisons. She expanded the role and notion of what an artist could be in our discussions, and knew that we needed to be hyper-aware of the context in which we are operating. She also taught us about keeping ourselves responsible for finding ways to be present and using that as a resource.

How did MICA and Baltimore prepare you for life as an artist?

D/ I learned art is a cultural probe and not an ethical one. Also: show up. It’s the best preparation an artist has for finding what you didn’t know you were looking for.

M/ It taught me that a city is a constantly changing set of personalities, communities, facts, fictions and possibilities, which really influences the subjects and concepts used in our work.

What advice would you give to MICA students about becoming an artist?

D/ I’ve always wanted to give this advice: do it in such a way that would make my advice irrelevant. Do something new. Learn to deduce. Don’t let them write the history books without you. Visit New York so it’s out of your system; then after graduation stay in Baltimore. Skateboard! I wish I had when I was at MICA because it requires that you reinvent the city’s function. This is a great attitude for being an artist.

M/ When becoming an artist don’t forget about the other parts of yourself, whether civic, social, political, familial — these things help you step into your full humanity and allow you to make work.