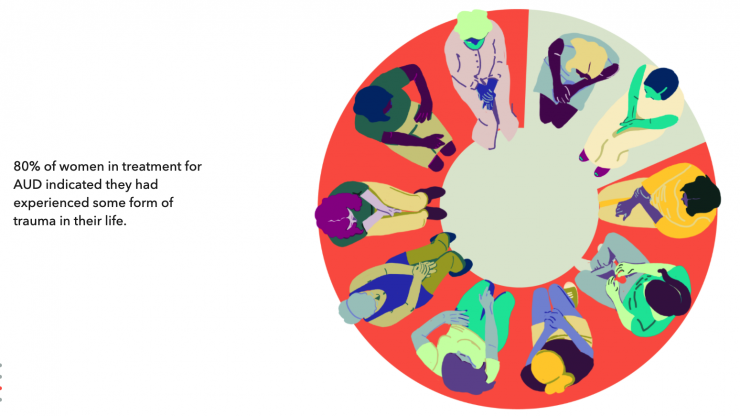 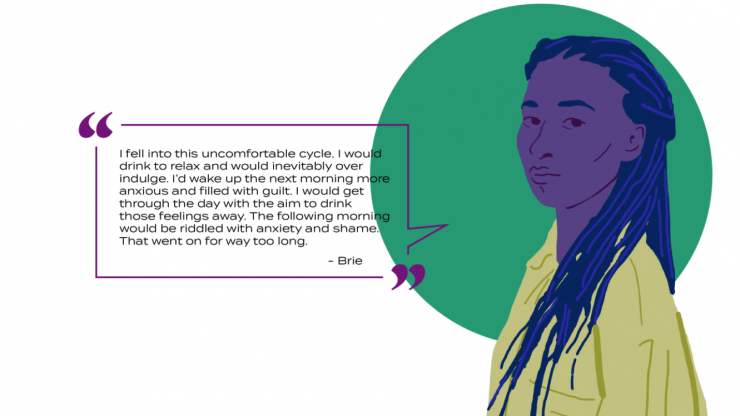 In 2017, a study sponsored by the National Institution Alcohol Abuse and Alcoholism (NIAAA)found that "alcohol use disorder" (AUD) had increased83.7% amongst American women between 2002 and 2013. Furthermore, "high risk" or"heavy drinking" had increased by 58%when comparing rates from 2001 to 2002 with rates from 2012 to 2013. The big question was of course "why" but the second-largest question (and the most important) was "how do we curb this increase?". Four years after the release of this study, the daily drinking habits of women have tapered off, however, binge drinking (the practice of having 4 or more drinks within a 2 hour period) rates continue to increase in the female population.

Through a series of visualizations, this piece explores the increase in drinking amongst American women as well as the physical and mental toll drinking causes. The goal of this piece is to provide the viewer with a better understanding of what problematic drinking is, how prolonged alcohol consumption has irreversible and fatal consequences, and what steps could be taken to prevent long-term damage..